20th Year Gurupoornima Mahotsava(Free for all)

Gurus are regarded as a link between the individual and the immortal, to such an extent that they are sometimes equated with God. We are happy to celebrate 20th Gurupoornima Mahotsava under the guidance of our beloved Gurudeva
Dr. Guruji Sri Lakshmi Srinivas. We request all volunteers and devotees to attend the Gurupoornima function organized at Tukaram Maharaj Hall, Belagavi. 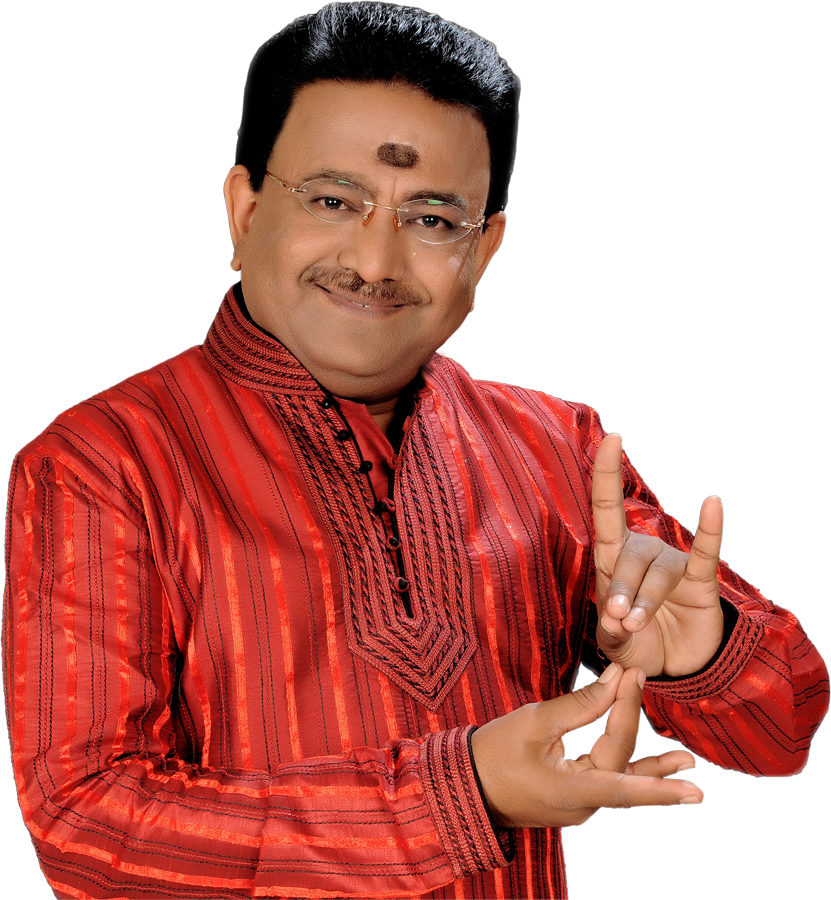 Founder and Chairman of SSBK

Dr. Lakshmi Srinivas Guruji is well known as “MUDRA GURUJI” and is renowned for sharing simple Mudra, Mantra, Tantra, and Yantra for all kinds of problems. He shot to the limelight with the program called “Morning Mantra” which was aired on the Zee Kannada Television channel.

Sri Guruji is highly qualified and has been a software professional which makes him even more special. A person with a science background and who has done so much research on ancient science and spirituality is a rare find.

The reason for Guruji’s popularity amongst the Television viewers within Karnataka, as well as across India and the globe, is his simple dialect and the presentation style which immediately connects one to the subject he addresses. He has touched upon almost all problems one faces in life and has shared simple remedies using Mudra, Mantra, and Tantra for problems varying from simple to complex covering a diversified audience of children, youth, couples, senior citizens, patients, farmers, etc.

Guruji’s introduction to the subject, the symptoms and use cases pertaining to it, the root cause for the problem, and finally the Mudra-Mantra-Tantra-Yantra remedy is easily understandable and highly effective. The impact is such that one gets convinced to try these remedies and most callers who speak to Guruji over LIVE calls have confirmed that their problems are resolved. He stresses the point that one must face problems in life because of past birth karmas and hence he gives the simplest remedies which burn these karmas in order to get permanent remedies in life.

Guruji dreams of having at least one Mantric/Tantric/Yantric/Vaidya (doctor) in each house and emphasizes the same in each of his episodes. Guruji does not discriminate or differentiate based on gender, caste, creed, color, economic status, or community, and everyone is considered equal. Most of the ailments that have not been cured by medicines have been cured by following the remedies Sri Guruji has shared on Television.

Guruji believes that a person can be happy and peaceful in life if he burns his bad karmas by doing 3 simple things – Goseva, Guruseva, and Samajaseva. Most of the remedies he shares cover the same act of giving fruits, clothes, vegetables, etc to the needy and the poor. This makes him unique and special.

Gurupoornima is celebrated by Buddhists, Hindus and Jains every year on the full moon day of the Shakha Samavat in the Hindu calendar. This festival commemorates the goodness of spiritual gurus and teachers as thousands of devotees worship and thank their gurus for enlightenment.

Why do we celebrate Gurupoornima?

The significance of this day is that the Guru holds the most essential position in one's life and to give him respect and honor people celebrate Gurupoornima. It is celebrated on the full moon day in the Hindu month of Ashadh.

Chant the mantra “OM DRAAM OM GURU DATTAAYA NAMAH” for 108 times on this auspicious day. Read Guru Charitra (atleast one chapter and as many chapters as you can) to burn past birth karmas and to get rid of Guru doshas (sins) and shaapas (curses). You can join hands for fund raising for Gurupoornima 2022. Volunteers who wants to donate for Annadhana, Pooja Items etc can contact Bangalore SSBK.

Devotees who read Shri Guru Charitra or perform its Parayana experience a Spiritual Joy and also Material Well Being. Some Devotees perform the Parayan for their Physical and Mental Well Being. Numerous are the Instances in Sri Guru Charitra where we see different people from across the Country who came to Shri Guru were cured by him by his mere Kind Glance. Even today devotees experience his Blessings by reading Sri Guru Charitra repeatedly. There are Specific Chapters (Adhyays) in Guru Charitra which are believed to cure Specific Problems in Life. Here are few. Adhyay 8 for Birth of a Wise and Intelligent Child, Adhyay 14 for Solving Employment Problems, Adhyay 17 for Development of Childrens, Adhyay 18 for Financial wellbeing, Adhyay 20-21 for Ghost or Bhoot Preta Badha, Adhyay 10 and 38 for Financial Upliftment, Adhyay 13 and 45 for Health related Problems, etc.

When we chant we try to involve our mind,Ears, Mouth, Nose ( breathing ). This is to bring sync among our body and mind. it is done to burn any materialistic desires , get peace, clear obstacles etc. The next level of chanting is Yajna, in which we involve eyes and body (touch) too. This will multiply the effect. When we wish and offer something into fire we are fully involved and get the feeling of accomplishment. When we deeply believe in the result with such an involvement, the theory of attraction starts working and we get the results.
Attending Datta Homa full fill desires, solve financial problems & Get rid of trouble caused by negative energies.

Devotees, please make sure to be at this venue, exactly at around 12.45 noon, to witness the Maha Mangalarathi wherein chanting of mantras, continuous ringing of Bells, matchless surrounding atmosphere, will definitely take the Devotees to a totally different trance.

Food offered to Lord is transformed spiritually into prasadam. When we eat food which has been offered to Lord we receive the mercy of the Supreme Personality of Almighty. We request all the devotees to receive the prasadam before leaving the venue.

We would like to thank all our sponsors for generously helping by contributing towards the Event.

Its our pleasure to invite you to the Gurupoornima Event 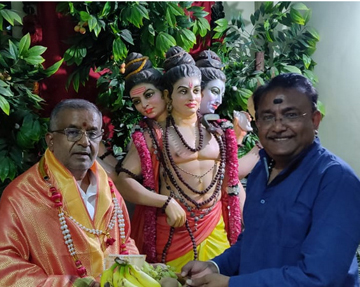 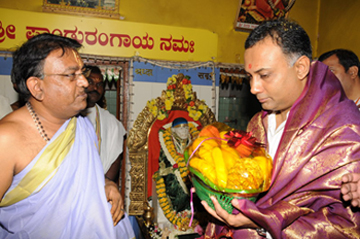 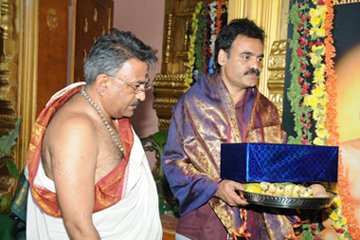 Payment by Credit Card or Debit Card Or Wallets Instamojo 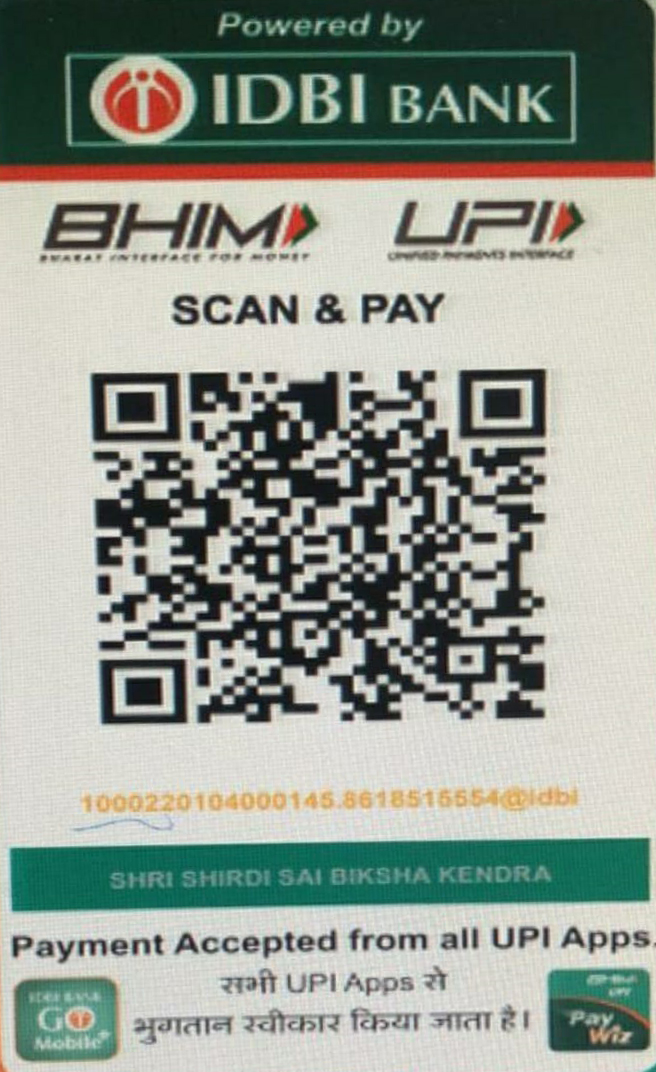 Please share the transaction details once transfer has been made to our email id : info@ssbk.in and we'll have the receipt ready for you.